A native of Portland, Dr. Herman grew up in the Southwest Hills and attended Wilson High School. She graduated from the Oregon State University College of Veterinary Medicine in 2004 and participated in the combined OSU/WSU program.  Immediately following graduation, she moved to Los Gatos, California, part of the Silicon Valley, where she practiced as a small animal associate for almost six years.  Her family and the unique community of Portland brought her back in December of 2009. Following her return, she worked as an associate for Laurelhurst Veterinary Hospital for several months before accepting her current position as an associate at Murrayhill Veterinary Hospital. 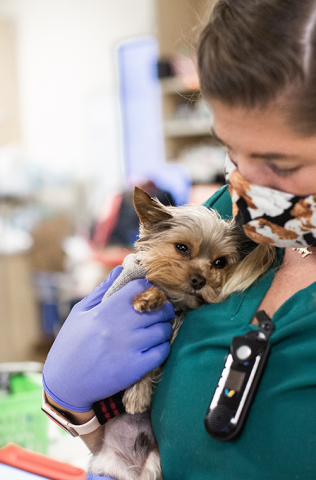 Call 503-228-7281 x2 to have your pet evaluated by an experienced technician to understand all of your care options.
Call for Phone Evaluation